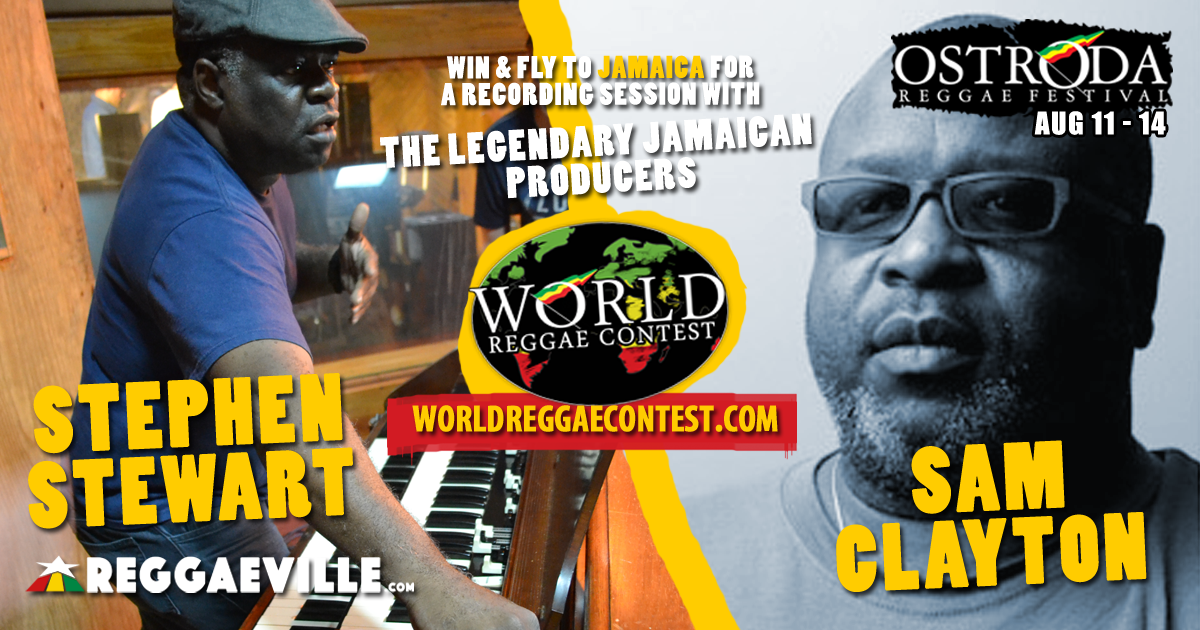 Stephen & Sam have worked together for many years and have also produced and engineered records for artists who play other genres of music including rock, pop, jazz, hip-hop and world music. Their status, experience, knowledge and positive attitude guarantees a memorable and valuable experience for any young artist that records with them.

Stephen Stewart is a Jamaican producer, engineer, arranger and musician. As a teenager Stephen worked at Harry J Studio as an engineer in the 1970s. The studio was closed for a few years but the legacy of Harry J’s studio was continued after Stephen Stewart decided to have it refurbished and brought it back into operation around 2000, until he closed the studio in 2016. Stephen has recorded successfully with a long list of world known artists: Sly and Robbie, Toots, Shakira, Papa San, Sizzla, Raging Fyah. As a musician Stephen has played keyboards live and on recordings with Zap Pow, Rita Marley, Melody Makers, Toots & The Maytals, Bob Marley & The Wailers, and he toured with Burning Spear as musical director. He has produced, recorded and done projects with Third World, Judy Mowatt, Steel Pulse, Sebastian Sturm, Don Carlos, Twinkle Brothers, Rita Marley, Eek-A-Mouse, Groundation, Sly & Robbie, Naâman, The Mighty Diamonds, Ras Michael and the list continues.
Stephen produced seven songs with Chainska Brassika at Harry J studio in Kingston in January 2016 – this was the first prize of the first edition of World Reggae Contest in Ostróda 2015. The recording will be the Chainska Brassika’s next release in 2016.

Sam Clayton Jr. is a producer/engineer and the son of Bro. Samuel Clayton, leader of the legendary group Mystic Revelation of Rastafari, and a leading figure in the Rastafari movement in Jamaica. Currently he lives in France and owns a studio in St. Etienne, supporting lots of French artists. He has produced, recorded and mixed: Mystic Revelation of Rastafari, Dub Inc, Steel Pulse, Horace Andy, Naâman, Takana Zion, Ernest Ranglin, Brain Damage and many others. He travels around the world as a live sound engineer for countless high level artists like Steel Pulse, Toots and the Maytals just to name a few.

The recording session for WRC winners 2016 with Stephen & Sam will take place at one of the top Kingston recording studios.