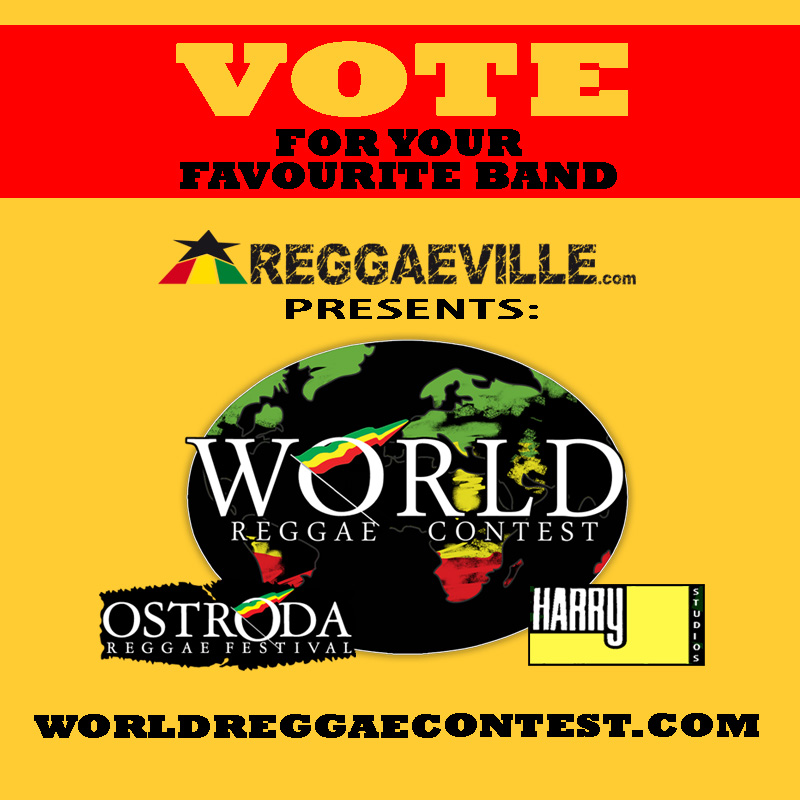 The Semifinalist chosen by Ostróda Reggae Festival promoters out of 102 applications are:

Listen and vote for your favourite artist through a dedicated FB application: http://bitly.com/wrc-2015

5 out of 10 bands will perform at the final show of World Reggae Contest at Ostróda Reggae Festival in Poland on 8th August 2015. The show will be streamed live by Reggaeville.com. The winner will get valuable awards. The voting is open till 24th May.

All songs delivered by the Semifinalists can be also listened on listened on Reggaeville’s Soundcloud: http://bit.ly/WRC-TOP10

Some artists had to give up participation in the Contest, including New Kingston band, who were originally chosen to Top10. The Organizers of the Contest appreciated their interest, good will and the fact of being true to them.